skip to main | skip to sidebar

I first ran in a general election way back in 2008. I fought the mighty Gan Tian Lu who was the incumbent and a hardworking YB then. He was also the MCA Chairman. A slim majority 806 votes. Then I was tasked to take the Alor Gajah Parliament challenge. That was an uphill task though I was working on the grounds for more than 2 years.

Come 2018, 10 years, I was tasked to retain the seat left by Goh Leong San who left the party due to internal issues of the Party. On a side note, I did not leave the Party as I am a believer of the Party's struggle and principles. I joined the Party since 15.4.2004 and since then climbed the political ladder. It was a long and flimsy ladder.

Cut the story short, I won in 2018 and hope to do my level best to serve the Duyong people and the Rocket
Posted by Damian 'Baba' Yeo (楊 勝 利) at 9:53 AM No comments: Links to this post

Stupid is as stupid does : UMNO No. 1

Stupid or not, you decide. First statement of 2014, a low-class stupid mentality from UMNO. Itu dia!!

A veteran Umno leader has called on a senior Catholic priest to convert to Islam if he insisted on using the word “Allah”, saying that this will cool the rage of Muslims and comply with the Sultan of Selangor’s decree, reported Umno mouthpiece Utusan Malaysia.
Umno Veterans Club secretary Datuk Mustapha Yaakub said they are ready to hold the conversion ceremony anytime for Catholic weekly Herald editor Father Lawrence Andrew..

Happy NEW year
Met a NEW friend in the morning;
Had a NEW idea in setting up a NGO on Cultural and Heritage conservation and preservation;
Working on a NEW method for court trial for DSLY,
Hoping to create NEW post everyday in this out-to-date blog; AND
Preparing a NEW day tomorrow.

God bless you all. 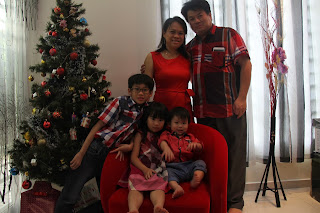 I have just got voted in National DAPSY Committee with 166 votes. Looks like I have just sat a roller coaster.
Posted by Damian 'Baba' Yeo (楊 勝 利) at 1:15 AM No comments: Links to this post

I have not post a single thing for a long-long time. Maybe I should start again.

Nazri is right on this. The powers to prosecute must be left only to the Attorney General's chamber and nothing more. And that applies to every other agencies such as Film Censorship, Copyright cases, Health Authorities etc. This is important to preserve separation of powers, check and balance so that the system will not be abused. The right of all man including accused person must be protected.
I thank the Malaysian Insider for the article below:-

Nazri previously announced that the MACC would not be empowered to prosecute its own cases. — file pic
KUALA LUMPUR, Nov 15 — Hong Kong’s former anti-graft chief Bertrand de Speville has backed Malaysia’s decision to keep prosecution separate from corruption investigations to uphold the separation of powers.

Minister in the Prime Minister’s Department Datuk Seri Nazri Aziz last month stressed the need for a check-and-balance between the investigation side and prosecution when dismissing calls for such powers for the Malaysian Anti-Corruption Commission (MACC).

Only the Attorney-General has such powers in the country.

“I think it shouldn’t,” de Speville replied when asked how important it was for an anti-corruption body to have prosecution powers in the bid to cut graft.

The former head of Hong Kong’s Independent Commission Against Corruption (ICAC) is widely-regarded as an authority in the fight to cut graft. He was in Kuala Lumpur for the launch of his book, “Overcoming Corruption: The Essentials”, republished by the Research for Social Advancement.

De Speville, who has acted as a consulted to some 48 countries, went further by advising against granting the enforcement body further jurisdiction to also take its cases to court.

“Because I believe it’s important in fighting corruption we don’t lose sight of our basic principles of criminal justice and those basic principles say the functions of investigating, prosecuting and trying and sentencing should be kept distinct,” he explained.

“The investigator investigates, the prosecutor decides whether or not to prosecute and the judge tries and sentences.

De Speville added that if a graft investigator is alleged of being corrupt while on the job, the matter should be investigated no differently from any other case.

The MACC, modelled after the ICAC, was set up in 2008 to step up the fight against corruption, a crime that was seen as a “white-collar” offence.

Malaysia’s dipping scores over the years in the annual Corruption Perceptions Index (CPI) by world graft watchdog, Transparency International, is alleged to have cost the country billions of ringgit in foreign direct investments.

Groups from both sides of the political divide and outside have been lobbying Putrajaya to inject MACC with prosecution powers.

A 2009 MACC report noted that the enforcement body only had a 45 per cent conviction rate.

Of the 754 cases that were taken to the lower courts last year, just 79 cases resulted in convictions.

Of the 119 cases that went on trial in the High Court, 77 cases were in the prosecution’s favour.

Damian 'Baba' Yeo (楊 勝 利)
A Chinese who loves Indian food, watch Malay drama. What do I call myself, a Malaysian.

Refreshing Verse For The Day

Blogs that I read